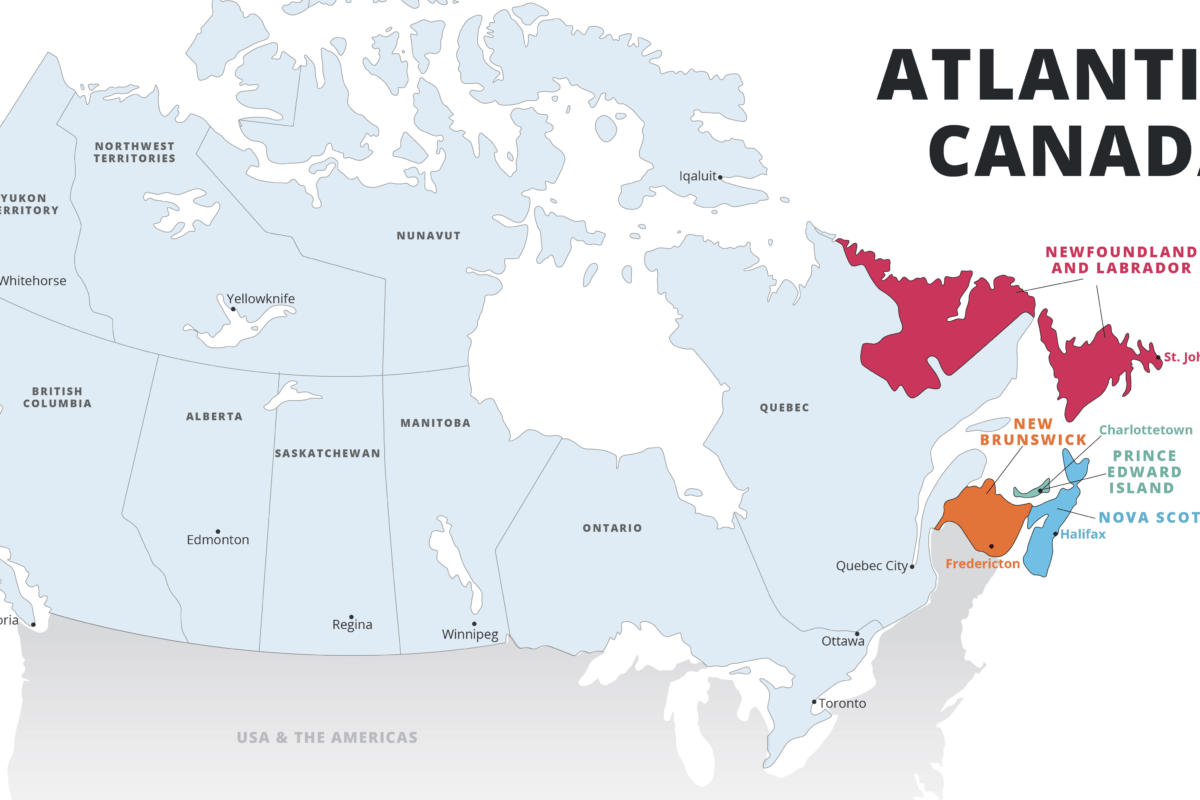 Atlantic Canada or “the Maritimes” includes the provinces of New Brunswick, Newfoundland and Labrador, Nova Scotia, and Prince Edward Island that boast Canada’s most spectacular and pristine coastline. They are well known for their lush vistas and uncrowded beaches, breathtaking scenery and a vibrant and welcoming culture.

Besides tourism, The Atlantic Trade and Investment Growth Strategy has been initiated to grow export and boost foreign investment in the region. Through an unprecedented level of collaboration, the Government of Canada and the four Atlantic provincial governments have committed to working hand-in-hand to create jobs and strengthen the economy by increasing the number of exporters, the value of export sales, export markets and foreign investment in the region. Now, many multinational companies like IBM, Samsung, Tech Mahindra, Michelin have found strategic market development and have been investing in Atlantic Canada. Each of the Atlantic provinces have their own distinguished universities and industries which is appealing to investors.

Prince Edward Island (PEI) is Canada’s smallest province located on the east coast of North America. PEI’s population is growing which can be attributed to Atlantic Immigration Pilot. The program allows employers to attract highly skilled individuals as well as recent graduates from Atlantic Canada post-secondary institutions. New people are coming to the province, bringing new ideas and possibilities, and contributing to its social and economic fabric. The economy of Prince Edward Island is driven by a vibrant business environment, a stable labour force and a great place to operate a business which can benefit multinational companies.

PEI’s Bioscience Cluster is another industry which has gained international attraction which has more than 60 multinational companies, seven research institutions and Emergence- Canada’s Bioscience Business Incubator which assists growing companies in the bioscience and food sectors.

Newfoundland and Labrador is the largest producer of crude oil in eastern Canada, and is the 3rd largest oil producing province in Canada. Since 1997, 1.7 billion barrels of oil have been produced and the industry accounts for 25 per cent of provincial GDP and 41 per cent of exports over the past 20 years. St. John’s is the commercial hub of Canada’s offshore oil industry and is home to international oil companies, supply and service firms, as well as a specialized and diverse range of marine expertise. The Government of Newfoundland and Labrador has released a plan for growth of Oil and Gas Industry in early 2018 which will rank Newfoundland and Labrador as the most attractive Canadian jurisdiction for oil and gas investment.

The federal government’s new approach to fostering innovation and economic growth in the ocean sector – the Ocean Supercluster – positions Canada to become a global leader in the knowledge-based ocean economy.  This initiative will see hundreds of millions of new dollars invested in ocean-related research and development and commercialization.

This industry is supported by research & development at Memorial University and The Fisheries and Marine Institute. Besides industry-based research they offer certificate, diploma, undergraduate, graduate and postgraduate programs. They have been providing talented graduates who can be assets to local industry and multinationals like Kongsberg Maritime, Kvaerner, TechnipFMC and Vale who have invested in the province.

Located on Canada’s east coast along the Atlantic Ocean, New Brunswick offers a distinct way of life and exciting career opportunities. NB has been growing its cybersecurity ecosystem where business, academic institutes, and government work together to facilitate growth and increase in talented workforce, promote innovation for secure critical infrastructure and secure business growth and customer trust.  IBM’s major innovation hub and Siemens Canada have their centers for cybersecurity in NB. And, with the opening of National Innovation Centre for Cybersecurity at Knowledge Park in Fredericton, NB, there will be a major addition to Canada’s national cyber security capabilities.

NS ocean technologies are its strength with high levels of R&D and innovation. Centre for Ocean Ventures & Entrepreneurship (COVE) is a collaborative facility for applied innovation in the ocean sector. This collaborative space will be home to local and global ocean technology businesses, start-ups, researchers, marine-based and service businesses.

Nova Scotia has a total of 10 universities and 13 community colleges and has one of the most educated workforces in the country, with over 62% of the population having some post-secondary education. Thus, there is a sustainable supply of top talent for the investors.

The Atlantic Immigration Pilot Project is a fast-track employer driven immigration program that allows employers in four Canadian Atlantic provinces (Nova Scotia, New Brunswick, Newfoundland and Labrador and Prince Edward Island) to hire foreign nationals for jobs they haven’t been able to fill locally. The program also has the goals of supporting population growth, developing a skilled workforce, and increasing employment rates in the region.

People from around the world named Canada as the top country for quality of life according to a study conducted by U.S. News. The study goes into detail about determining factors in what they consider “quality of life.” These things go “beyond the essential ideas of broad access to food and housing, to quality education and health care, to employment that will sustain us, quality of life may also include intangibles such as job security, political stability, individual freedom and environmental quality.” The study found that seven European countries are ranked in the top 10, with Canada being the only country in North America breaking that same threshold. Sweden, Denmark and Norway immediately follow Canada, with Switzerland, Finland, Australia, the Netherlands, New Zealand and Germany also finished in the top 10. The study also outlines how countries which are perceived to have a lower quality of life, did in fact perform most poorly “in areas concerning personal safety and economic opportunity.” Countries such as Iraq, Iran, Lebanon, Jordan, and Angola all ranked at the bottom of the quality of life ranking. Iraq also came in last place for being friendly to families.

Contact us if you are eligible for any Canadian immigration programs. 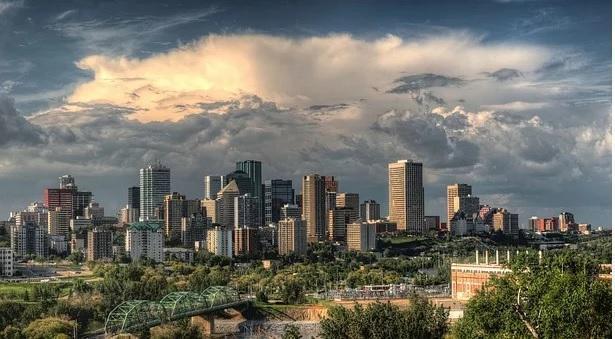 Eligible candidates with a profile in the federal Express Entry system gets invitations or Notification of Interest (NOIs) by the Alberta Immigrant Nominee Program (AINP).

150 NOIs issued from Alberta enables candidates with score of 350 to receive additional 600 points towards their CRS score, which in turn assures an invitation to apply for Canadian Permanent Residence in the upcoming draw.